You must have seen photos of the famous abandoned Iceland plane wreck on a volcanic Solheimasandur black sand beach. A couple of years ago, only a few people visited the site, but now it is one of the most visited sites in Iceland.  Iceland is well known as the land of fire and ice. But some believe it to be the land of magic and mystery. The mysterious Iceland plane wreck has something so intriguing about it that has become one of the most popular tourist attractions. The site has some amazing photo ops, so it was definitely on the top of my list of places to visit.

“My visit to this plane wreck site was a one-of-a-kind experience.”

Whenever I looked at Iceland’s photos, I always wondered how that plane got there on a black sand beach in the middle of nowhere. The plane has an interesting story, but don’t worry, there is a happy ending as everyone survived the crash. According to history, November of 1973, a United States Douglas DC-3 military plane ran out of fuel and was forced to crash in southern Iceland on Solheimasandur beach. However, some people say that the official reason for the crash is still unknown.  Fortunately, everyone survived the crash. The plane was essentially left abandoned after the crash. Later on, a local farmer removed the tail section. So, all that’s left is the beaten-down fuselage, engine mounts, and broken windows.

The Iceland plane wreck site is such a cool and surreal place; it is definitely a photographer’s paradise in every way.

The best time to visit DC3 Iceland plane wreck on Solheimasandur Beach is either early in the morning or late in the evening to avoid crowds. We traveled in late May, so the beach area was not very crowded.
During summertime, you should have plenty of daylight so, plan your visit late at night to take some pictures when you can also experience Iceland’s Midnight Sun. If you are traveling in winter, December is a great month as it is a low season month, and you can see the Northern lights.

If you are traveling in Summertime, then don’t miss to see the peak of Iceland’s Midnight Sun.

How to Get to Iceland Plane Wreck

The Iceland plane wreck is about 4 miles south of the ring road between Skógar and Dyrhólaey. The closest most popular attraction is the Skogafoss waterfall, which is around 6 miles away. The plane wreck is not visible from the road and driving to the site is not permitted. The private vehicles and tour companies were allowed at one point to drive to the plane wreck site, but a lot of people would get stuck in the black sand, and therefore it was stopped later.
Now, there is a new parking lot on the side of the road where you can park your vehicle and walk for about an hour (one way) to get to the plane wreck site. The exact GPS coordinates of the Iceland plane wreck are 63°27’32.7″N 19°21’53.3″W.

Important things to know Before you Visit

The Iceland plane wreck site is accessible 24 hours a day. Be sure to assess the weather conditions. The best time to visit is during warmer months from around May through to September. We traveled at the end of May, and the weather was perfect. The path from the parking lot is marked with yellow reflective sticks, and it is very easy to follow. The last few hundred meters of the trail is unmarked, but you will be able to see the plane by then. We didn’t come across any issues finding the Iceland plane wreck site.

The total time you will most likely end up spending is close to 2-3 hours. The walk itself is 40 minutes to 1 hour each way, depending on how fast you go.

It was 5 °C in late May. I was wearing a dress and hiking shoes only for the photos. I quickly changed into warm clothes afterward.

There are no shops or restaurants near the Iceland plane wreck. Be sure to bring your own snacks and something to drink.

There are no toilets available at the site.  Remember, this is in the middle of nowhere.

There is a parking lot where you can park your car, and it is free.

Bring good hiking shoes with ankle support as there are stones you may have to walk over on the trail.  Make sure you have warm clothing because it can get very cold and windy even during summertime.

Map for your Iceland  Trip

Are you planning a trip to Iceland? I hope these tips are helpful.

Do you have more questions about visiting Iceland Plane Wreck site?

Let me know in the comments below. Happy Traveling!

Want to know how I travel? I have put together the travel resources page with tips and tricks I’ve learned over the years. Learn how to find the best prices on flights, car rental, hotels and more. 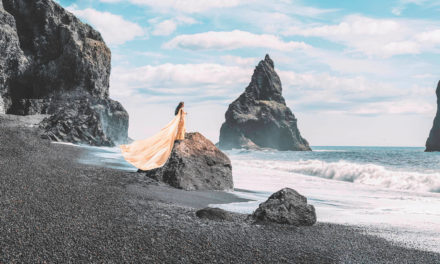 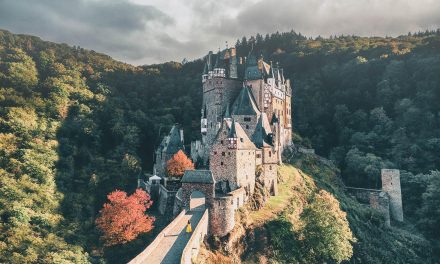 Burg Eltz Castle in Germany! A Masterpiece Frozen in Time 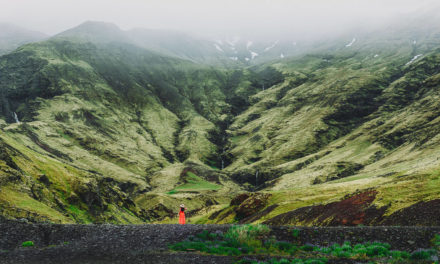